HILLARY: Much to Blame 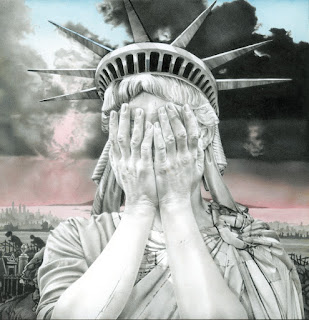 but the election was rigged!

I get the impression from Facebook friends around the planet that they are shocked and confused at the outcome of America's presidential election -- at how Hillary Clinton could lose to Donald Trump, even while  winning the popular vote. 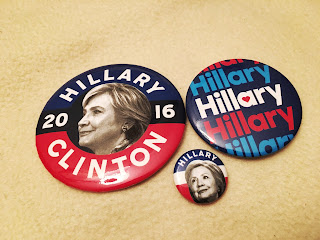 Indeed, as reported by National Public Radio, Clinton as of the morning after had 59,299,381 votes and Trump 59,135,740 — a margin of 163,641 votes.  And the margin was growing toward half a million as ballots were still being counted days after the election.

Because of  other choices on the ballot, neither of the main contenders received more than 50 percent of the vote. And speaking of numbers, perhaps more stunning -- nearly half of the eligible voters across America did not participate. Thus, Trump becomes president having garnered the votes of perhaps 25 percent of the potential electorate.


Clinton will be the fifth  presidential candidate in United States history and the second in this still-young century to win the popular vote but lose the election.

Al Gore won the popular vote in 2000, but lost the election when a split decision by the Supreme Court awarded George W. Bush the 25 electoral votes of Florida after a disputed election in that populous southern state.

By the time the final numbers are in, Clinton's margin over Trump may be similar to that of Gore vs. Bush, which was more than half a million. But Gore's loss in electoral votes was much smaller at 271-266.  In the final state-by-state tally for this presidential election, Trump defeated Hillary Clinton in the electoral count of 306-232. She was thumped -- or maybe Trumped.

In short, the American presidential election system is crazy. Maybe even, as Trump frequently whined, rigged.

This process of electing a president was established by the nation's "Founding Fathers"  as a compromise between proposals of election by popular vote or election by the Congress -- and, in a sense, incorporates both. It protected the voice of voters and influence of smaller states against the power of numbers of larger and more populous states in choosing a leader.

The winner of the popular vote in nearly every state (exceptions are Maine and Nebraska) gets all of its electoral votes. The system prevents states like California (which these days favors Democrats) from dominating a presidential election. That's the real rigging of the system.

But that said, it still fell to Hillary Clinton to win it.

Instead, if you'll pardon my choice of words, she managed to snatch defeat from the jaws of victory.
I am not a political pundit. I have never, as a journalist for more than 40 years, covered national politics. But I have been voting in, caring deeply about and closely observing presidential elections since the 1960s. And my conclusion  for 2016 is that Hillary Clinton could have and should have won more than a thin moral victory in the popular vote.

That she did not is at least partly of her own doing.

Clinton should never have lumped together half of Trump's supporters into what she termed  a "basket of deplorables."  It served only to fire up the passions of people who opposed Clinton -- assuring that more of them would vent their anger by voting for Trump, even some who might otherwise have cast ballots for libertarian Gary Johnson.

And it was not just poor and struggling middle class white guys who reacted to her remark. As my wife and I stood in line for nearly an hour in early voting to cast our ballots for Clinton at an upscale neighborhood polling place, a pro-Trump voter behind us sadly lamented that his wife would not allow him to put an "I'm Deplorable" bumper sticker on his Mercedes-Benz automobile.

The next huge problem came two weeks before Election Day, with announcement from the Obama administration that the rates Americans were paying for health-care insurance under the still-controversial Affordable Care Act (also known as Obamacare) would rise sharply for 2017, and choices for providers would be fewer.

For all the good that the government-mandated insurance provided, including guarantees of insurance for people with pre-existing conditions and coverage of parents' children to age 26, it was a key target of Trump and other Republican candidates. Trump vowed to end Obamacare and replace it with "something" much better. And that was music to the ears of Americans looking at monthly insurance premiums increasing by hundreds of dollars.

Finally, there was that e-mail thing. Dumb stuff. Maybe because Clinton was ignorant of how electronic communication functions, how to operate a laptop, how to separate her private life and government business, and possibly caught up in conflict, innocuous or otherwise, between her family's Clinton Foundation and her job.

As secretary of state, she routed much of her electronic communications through a private server installed in the basement of her home. And there were allegations that some of the emails contained classified (as in top-secret) information, and her actions compromised national security.

After years of Clinton being subjected to Republican-pushed congressional inquisitions over the deadly attack on the American embassy in Benghazi, Libya, the e-mail hoo-hah became the new Benghazi for Republicans and even brought a time-consuming examination by the Federal Bureau of Investigation, which sort-of concluded there was no reason to prosecute her.

But ten days before the election, FBI Director James Comey -- against the wishes of the U.S. attorney general who ostensibly oversees federal criminal justice issues and the FBI -- sent a letter to House Republicans announcing a re-opening of the investigation after the discovery of 650,000 emails on the laptop computer of disgraced  and sexually-compromised former New York congressman  Anthony Weiner. It was a computer Weiner had shared with his now-estranged wife Huma Abedin, top aide to Hilary Clinton.

Three days before the election, Comey sent word that a review of the emails on Weiner's laptop had turned up nothing of consequence regarding Clinton. But the damage had been done, and clearly could not be undone before voters finished casting their ballots in the presidential election.

And the link to the laptop of Anthony Weiner, who is under investigation for alleged sexting with a 15-year-old girl, clearly helped mute the controversies about the sexual behavior of Trump as a purported groper of women and voyeur of naked women and teenage girls competing in the beauty pageants he owned.

Clinton was hammered by Trump, who proved himself a master at "branding" opponents -- and thus labeled Clinton as "crooked Hillary," sneered and then just smiled as his adoring crowds chanted "Lock her up!"

So Americans made their choice of a new leader, rejecting a woman who devoted most of the last 30 years to public service in favor of a self-proclaimed billionaire who has devoted his life to self-service.

Clinton's tax returns and records of the Clinton Foundation are readily available for public scrutiny.
Trump, who has protected himself through repeated bankruptcies and tacitly acknowledged not paying federal income taxes for close to two decades, refused to make public his tax returns -- despite questions of whether his finances were ever buttressed by wealthy Russian interests.

And the U.S. government has pointed to Russian sources behind WikiLeaks distributions of Clinton and Democratic campaign-related emails, raising the question of whether Russian leader Vladimir Putin was behind efforts to disrupt the American election.

Trump has said he would not make public his tax returns until completion of an audit by the Internal Revenue Service.

In little more than two months, Trump will take the oath of office to become president of the United States.

The IRS has a deadline.

(The "Oh America" image appeared in numerous Facebook posts in the wake of Donald Trump's election victory. It is used here by permission of the British artist Gee Vaucher, whose  50-year career is being celebrated with an exhibition at the Firstsite gallery in England that opened on Nov. 12, and running until Feb. 19, 2017. Information: www.firstsite.uk.net)

Good article somewhat different from what we are getting on mainstream news.

Wonderful writing and great explanation. Thank you David, I wish I had half of your talents.

Good summary David, the Trump has an interesting future. Love the reference to "self-service". As a Bilingual in English and German the phrase has a nice double meaning. Well used in your sentence.