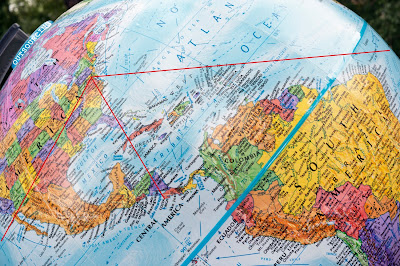 is not very helpful

Corporations can create jobs, but often choose a different path... or country

It was July 4th weekend, and my landline phone and internet service were out cold, resulting in a cell phone call to Comcast for help.

My call was answered – by a guy in Costa Rica.

That he was unable to resolve or walk us through the steps needed to fix the problem was annoying.

But the more I thought about it, the more disgusted I became... with Corporate America.

On a weekend for celebrating patriotism, my call to Corporate America for help was answered in Costa Rica.

Predictable? Sure. That’s the way, ah-ha, they like it. Why pay workers in the USA when it’s cheaper to pay them in Costa Rica. Or India. Or the Philippines.

It’s a lust to maximize corporate profit, even at the cost of damaging the American economy.

I’m talking to you, Comcast – a company with pockets so deep, you bought NBC Universal (once upon a time the National Broadcasting Corporation) for a mere $13.8 billion, and can’t afford to pay Americans to answer the phone on a holiday weekend.

I’m sure it’s just a few jobs... at Comcast, and whatever other favorite American company you want to name. They all do it – farm out jobs. Outsource. Save money. It adds up, company by company. It’s so ubiquitous that we laugh at it, thanks to a TV show called Outsourced. It’s all about the fun and frolic at an American company’s office of outsourced phone-answerers in India. And it’s on, can you guess the network? (Insert chimes tones... dong, DONG, dong...) NBC.

I’ll concede that Comcast fuels plenty of jobs across America. In fact, my second attempt to get help the next day was answered by a man in Texas, and finally a very smart and efficient young woman came to my house that Wednesday and fixed the problem. Whatever caused my Comcast shutdown (the guy in Texas thought it had been a mistaken discontinuation of service by the company), getting the modem back up required a specific sequence of unplug and replug actions that had not been precisely given by either help desk.

It took four days to get a human being to come from Comcast and fix the phone and internet shutdown.

It’s taking Corporate America a lot longer to address a far larger problem: The gradual economic meltdown and its toll of growing unemployment.

Politicians piss and moan and do nothing about who is responsible. Republicans continually slap Obama for failed economic policies. Obama slaps back, saying Congress won’t pass his proposed actions.

Democrats concede on trimming some spending but insist on a solution that also raises taxes on the rich, the segment of America that has benefited from levies far lower than existed since the 1960s and widened the nation’s economic gap between the haves and the truly poor.

It’s a scandal, say some Republicans pointing out Census data, that all those poor folks have refrigerators and cell phones. You want to tax the rich to help them? They balk at giving an inch on tax increases, even sign a pledge to reject any tax increase.

It seems like a crazy death spiral. Somewhere, there’s a tipping point, where Unemployed America can no longer afford the products of Corporate America, and they all crash together in an economic disaster of our collective making.

Who needs to step up? Everybody.

It’s time for a little patriotism:

American companies, come on down – phase out the jobs you created beyond the nation’s borders to cut back on employment within. It seemed smart when you did it. It seems unpatriotic now.

Democrats, come on down. There is unnecessary spending out there, no doubt. Find it. But don’t necessarily eliminate all of it. Redirect it to economic solutions.

Republicans, come on down. The rich need to give back. There’s no point to vast wealth when the great nation that makes it possible goes asunder.

Tea Party? I hate to say this, but so many of your issues distract from a solution – you need to shut up. Or maybe Middle America will wake up and see what you’re doing to it, folks closer to the financial abyss than they realize who will never see a tax increase for the rich but surely suffer the consequences of becoming poor.

We need to reward economic patriotism, and punish the alternative. We need to see folks in the halls of government point fingers at companies that gave away American jobs and fail to reverse course and bring them home.

Label them unpatriotic. For the most egregious, label them traitors.

And for companies that publicly reveal every job sent abroad, and publicly take steps to bring those jobs back: they get the tax breaks. So do the companies that invest in America and its job market.

Eventually, perhaps, we’ll all reach the other side, go shopping and buy something that wasn’t made in China.

I’d love to read about economic patriotism in my local newspaper, The Baltimore Sun, but often it arrives soaking wet or not at all. I call to complain, and reach a customer satisfaction desk in the Philippines.

Have a favorite corporate outsourcing tale, or one about a company that brought jobs back? Post it here, and share this blog with your friends.

u r welcome, keep up the good work!