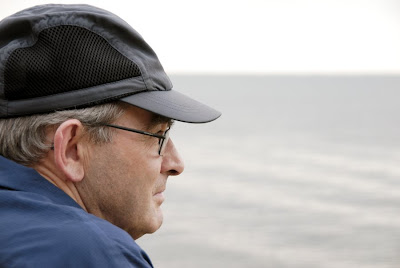 Quaker group's new book
aims at keeping Earth
from tipping point
I had a telephone chat early today with my New Zealand friend Robert Howell, who reports that the book he labored on for several years with a group of fellow Quakers from around the world on the little matter of saving our planet has at last been published.

Aside from the common bond of being Quakers, the folks who wrote and edited the book are experts in diverse areas – Robert, for example, having been an organisational and strategy consultant, teacher and city manager in New Zealand. He also founded and is CEO of a little group there called the Council for Socially Responsible Investment.

We first met Robert more than 25 years ago, when he was enrolled in a program at Johns Hopkins University and spent a weekend in our home through our shared membership in the global peace organization Servas.

Robert, who holds a master’s in philosophy and doctorate in health planning and management, describes himself in brief these days as an ecological philosopher and strategist. He noted in our half-hour catch-up telephone discussion that the news media there has been reporting on New Zealand’s influx of eco-migrants – people moving to his incredibly distant nation because it will be least affected by the coming environmental disasters. (How distant? 11 p.m. Wednesday in Maryland is 4 p.m. Thursday in Auckland.)
Robert also noted, sadly, that New Zealand changed administrations last year, electing a conservative-Republican type prime minister who is moving the country in the wrong direction on environmental issues just as the United States seems to have reversed course politically and morally in a better direction with the election of Barack Obama. (“A breath of fresh air,” Robert says of the new American president.)

I well remember on the visits Bonnie and I made to New Zealand and Australia in 2006 how just about everyone we met disliked George W. Bush. (Disliked is really too soft a word.) Alas, the global economic meltdown precipitated to a large degree by the Bush administration has cut even into the socially responsible investments as far away as Robert’s homeland, he says.

The book is “Right Relationship: Building a Whole Earth Economy,” by Peter G. Brown and Geoffrey Garver, from Berrett-Koehler Publishers. You can have a peek at http://www.bkconnection.com/static/Right_Relationship_EXCERPT.pdf.

On a visit to North America last year, Robert made time for a stop at our home in Pasadena and participated in Bonnie’s then-growing project on self-definition and related photographic portraits that will have its debut Sunday at the Annapolis Unitarian Universalist Church. Robert talked with us then about his group’s book and its underlying thesis that Earth could reach its tipping-point in sustainability over the next few decades if major steps are not taken to change the global economy.
"From 2030 onwards the effects of a 2 degree plus warming to the planet will begin to have very significant effects," Robert said Thursday.
Bonnie took Robert’s picture (above) as he gazed out at the Chesapeake Bay from an overlook at nearby Downs Park. It was an appropriate spot, given the bay’s worsening environmental woes.

If you know anyone of influence on the economy and environment, please forward a link to the group’s book. We might not all be here in 2030 (Robert and I would be about 84 years old then), but surely our children and succeeding generations will be dealing with the dire consequences if change does not come.

Here’s a description of the book from the publisher’s Web site:

Our current economic system—which assumes endless growth and limitless potential wealth—flies in the face of the fact that the earth’s resources are finite. The result is increasing destruction of the natural world and growing, sometimes lethal, tension between rich and poor, global north and south. Trying to fix problems piecemeal is not the solution. We need a comprehensive new vision of an economy that can serve people and all of life’s commonwealth. Peter G. Brown and Geoffrey Garver use the core Quaker principle of “right relationship”—interacting in a way that is respectful to all and that aids the common good—as the foundation for a new economic model. Right Relationship poses five basic questions: What is an economy for? How does it work? How big is too big? What’s fair? And how can it best be governed?
Brown and Garver expose the antiquated, shortsighted, and downright dangerous assumptions that underlie our current answers to these questions, as well as the shortcomings of many current reform efforts. They propose new answers that combine an acute awareness of ecological limits with a fundamental focus on fairness and a concern with the spiritual, as well as material, well-being of the human race. Brown and Garver describe new forms of global governance that will be needed to get and keep the economy in right relationship. Individual citizens can and must play a part in bringing this relationship with life and the world into being.

For two years, my wife Bonnie Schupp has been engaged in a photographic project called “Defining Ourselves,” in which participants were asked to do just that – in a single sentence beginning with the words “I am….”

Try it. Not easy to do it well. But close to a hundred diverse people, ages 4 to 100 and representing a dozen countries, gave it a whirl, and Bonnie went to great lengths to take photographic portraits inspired by their answers.

The result will have its first exhibition debut at noon on Sunday at the Unitarian Universalist Church of Annapolis, 333 Dubois Road, and Bonnie will give a brief talk on the project which will remain on display in the church gallery through much of April. (Suggestions for future venues are welcome.) A little more detail can be found at Bonnie's blog at http://bjschupp.blogspot.com/.
Today’s fortune cookie message

The brain is not a vessel to fill but a fire to ignite.