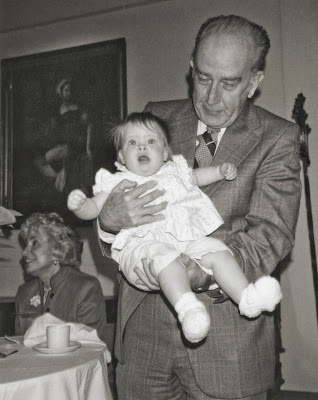 William Donald Schaefer, who dominated Baltimore and Maryland politics for most of his nearly half a century in public life, died Monday at the age of 89 – leaving behind a city reborn, or at least reinvented, through his leadership.

He served 12 years as a city councilman, 4 as council president and 15 years as mayor before reluctantly moving on to state government with two terms as governor and two more as Maryland’s comptroller – the latter taken on out of spite for his successor, Parris N. Glendening.

There’s plenty of adjectives that could be tossed around to describe Schaefer – petulant is a good one, and annoyed another. Impatient, too.

I hardly knew Schaefer. Oddly, my father-in-law Alvin Schupp spent more time near Schaefer – when they were high school classmates at Baltimore City College. The students were seated in alphabetical lines, and Schaefer was right in front of Schupp.

I’d like to say that from my 40-year Baltimore Sun newspaper career, I had some deep personal insight, but in fact our paths crossed only twice face to face. I didn’t cover City Hall, except in working an occasional story by telephone. Even then, I can’t remember talking to him over the phone – though I’m sure I must have a few times.

One actual encounter was on the job. Mayor Schaefer was preparing to announce the restoration of police foot patrols on the city’s east side. The Sun had found out about it, and I was sent to Northwest Baltimore – where Schaefer had a scheduled appearance at the old Baltimore Hebrew College – to ask how the city would pay for the extra manpower involved.

On the sidewalk, Schaefer was pissed at the evident leak. “How do you know about that?” he demanded, adding a few choice and profane comments about the newspaper. “Only three people know about that – me, the police commissioner and Benton (Charles Benton, the city finance director).” He climbed into the back seat of his city car, while I quickly phoned Schaefer’s comments to then-city editor Gil Watson.

Our other encounter came at the old Baltimore Children’s Museum, then housed in a strange castle-like mansion just north of the city line. It was the fall of 1980, at a luncheon event that I was attending, along with my wife Bonnie and our infant daughter Lauren.

Schaefer was sitting a few tables away. Bonnie had her camera. It was easy – just ask the mayor to hold Lauren for a few seconds, for a picture. It was quick, just a few awkward seconds, Lauren in his hands and the camera’s click. A strange moment – this lifelong bachelor holding our daughter, a look of surprise on his face.

Schaefer, despite 47 years in elective office, was not a man happy to hold a baby. I can't recall another such picture of him.

We’re glad we have this one.

(For more on Schaefer, check out my online op-ed at the Baltimore Business Journal, and a nice essay by my friend Michael Olesker for the Jewish Times. The Baltimore Sun Web site also has the enormous coverage that graced the Tuesday print editions.)

Nice remembrance, David. Today I heard other reporters describe their time with The Mayor similarly.

Love the photo too.